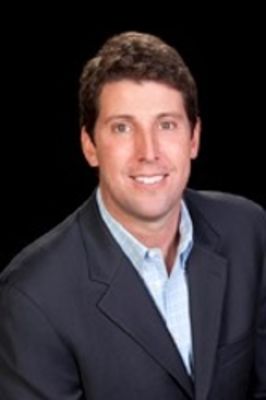 Mr. Klaas began his professional career at Hewlett Packard and Weyerhaeuser. Working for two Fortune 50 companies taught him the business fundamentals that he still uses today. Mr. Klaas began a period of successive, professional accomplishments, including senior executive leadership team roles at several public companies and venture capital backed start-ups. After 25 years of successive achievements, including: an initial public offering, the sale of a publicly traded tech company, being named to Entrepreneur Magazine’s “Hot 100 Fastest Growing Companies” and several acquisitions, he shifted his accumulated professional skill and focus to serve others and the causes he is most passionate about.

Socially minded and business focused, Mr. Klaas currently serves as Executive Vice President of the American Cancer Society. His executive leadership role is dedicated to eliminating cancer as a major health problem by preventing cancer, saving lives, and diminishing suffering from cancer, through research, education, advocacy, and service. Prior to his current role, Mr. Klaas served as Vice President of Blackbaud (Symbol: BLBK). Blackbaud is the world’s leading cloud software company powering social good. He also served as Vice President, Americas at Christie Digital Systems and served as Senior Vice President of Worldwide Licensing at SRS. During his tenure, SRS was named one of the best performing public companies and to the Top 100 of America’s Greatest Brands. With extensive work in corporate M&A, private equity, and venture backed start-ups, Jeff has a proven track record of success and excels at teaching others the best practices needed to compete and scale in highly competitive business environments.

Over the years, the affable, adventurous social corporate entrepreneur has become known for his quick wit and ability to inspire others. He is a published author, accomplished triathlete, and cancer survivor. Mr. Klaas is often featured as a guest speaker or panelist sharing his personal story or professional insights on global business strategy and trends. He has been featured in several national publications, on talk radio shows, in Forbes and Ironman Magazine, and in the Orange County Register. Entrepreneur Magazine, the South Florida Business Journal, and Consumer Electronics Magazine have recognized him for his numerous professional accomplishments. He currently serves on the board of Ossic, a Virtual Reality company, as an award-winning mentor in the Evonexus Incubator Start Up program and is a lecturer at the UCSD Rady School of Management.

Mr. Klaas holds a Bachelor of Science in Business Administration from the University of Southern California. Jeff, his wife Marla Klaas, and their two children, Jackson and Leah, live in San Diego, and are increasingly involved in community and family activities.

David Kyle
Background and Education David’s 38-year career has been almost evenly spent between commercial finance and a social enterprise path, both as an investor and as an entrepreneur. Along both paths his focus has been on talent development, team building and growing businesses. Currently he runs an a...
Drew Creal
Drew Creal studies time series econometrics and statistics with particular emphasis on state space and time-varying parameter models. His research interests include applications in macroeconomics and finance. Creal earned a bachelor’s degree from Cornell University in 1999 and graduated with his...
Bill Winegard
Biography Bill Winegard is an experienced municipal manager and planner, a former CAO at the towns of Gravenhurst and Caledon. His 40-year career in municipal affairs at both the municipal and provincial levels, as well as in municipal consulting, includes experience in northern Ontario, small to...