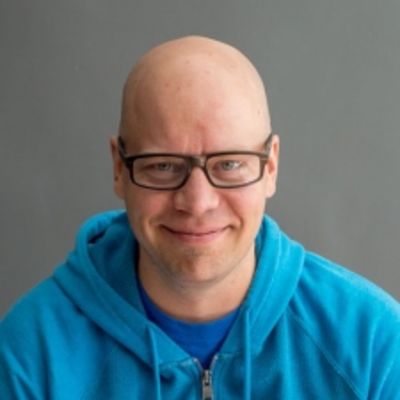 Jami Laes entered the mobile games industry already in 2000, working as a game designer. In 2004 Jami joined Sumea Interactive which was soon acquired by Digital Chocolate where over the course of almost eight years, he helped to create hit titles like Tower Bloxx and almost 200 other games on numerous platforms from J2ME to XBLA and everything else in-between.

Jami joined Playfish as the VP Global Studios in 2011. His role at Playfish was to oversee the work of all their global studios, helping develop the Award winning Sims Social game as well as delivering the vision, mission, and creating even more amazing products like SimCity Social.

After Playfish he took over the flight of the Angry Birds at Rovio Entertainment, leading Rovio Games for almost two years. Finally in 2015 he co-founded his own mobile gaming studio Futureplay Games, which has produced view-to-play hit games such as Farm Away!, Build Away! and, Craft Away!

Jami combines an unique blend of creative process leadership, mobile and social platform expertise as well as his experience as a tv-show host in Finland!

Julie Agris
Julie Agris is an assistant professor at the Hofstra North Shore-LIJ School of Medicine, Hofstra Bioethics Center and Hofstra School of Health Sciences and Human Services. Dr. Agris teaches health law, ethics, bioethics, health policy and health care management internship seminars and directs the...
Linda Boardman Liu
EDUCATION D.B.A., Boston University M.B.A., Simmons College School of Management B.S., Merrimack College EXPERTISE/RESEARCH INTERESTS Linda Boardman Liu joined the Carroll School faculty in 2011, bringing with her extensive experience in service operations in the telecommunications field. H...
Lucy Johnson-Brown
Lucy works in the operations team and manages governance arrangements for the board of trustees and its sub-committees and for the Fund’s trading company, KEHF. Lucy also contributes to the internal control of the organisation by co-ordinating the work of the internal auditors and the risk manage...