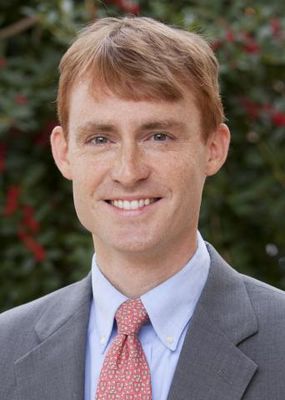 Jamie Markham joined the School of Government faculty in 2007. His area of interest is criminal law and procedure, with a focus on the law of sentencing, corrections, and the conditions of confinement. He was named Albert and Gladys Coates Distinguished Term Associate Professor for 2015–2017. Markham earned a bachelor's degree with honors from Harvard College and a law degree with high honors, Order of the Coif, from Duke University, where he was editor-in-chief of the Duke Law Journal. He is a member of the North Carolina Bar. Prior to law school, Markham served five years in the United States Air Force as an intelligence officer and foreign area officer. He was also a travel writer for Let's Go Inc., contributing to the Russia and Ukraine chapters of Let's Go: Eastern Europe.

Elizabeth Mannix
Biography Professor Elizabeth Mannix is the Ann Whitney Olin Professor of Management at the Johnson Graduate School of Management. Her research and teaching is focused on effective organizational performance, and the factors that make individuals motivated, high-performing leaders and team membe...
Katherine Klein
Professor Katherine Klein is the Edward H. Bowman Professor of Management at the Wharton School at the University of Pennsylvania. She received her B.A. from Yale University and her Ph.D. from the University of Texas at Austin. Prior to coming to Wharton, Katherine was on the faculty of the Unive...
Evan Riehl
Overview Evan Riehl joined the ILR School in 2017 as an Assistant Professor of Economics. He holds a Ph.D. in economics from Columbia University and a B.A. from Washington University in St. Louis. His research spans topics in labor and development with a focus on higher education. Publications ...