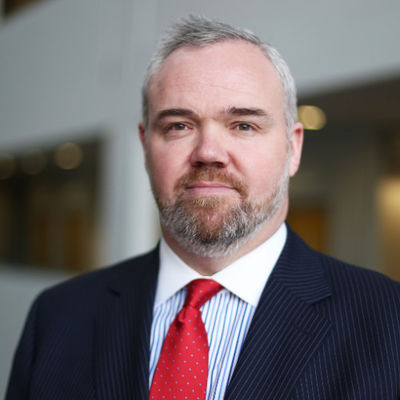 James Bryan has spent over 25 years working in learning, human resources and organisational development including time as a director in the NHS; on a Borough senior management team in the Metropolitan Police and leading education for the RNLI at the Lifeboat College. He currently shares his time between heading up the organisational development department at City, University of London, managing a consulting and training business and leading a community interest organisation providing leadership development to young people and adults in uniformed youth organisations.

James has qualifications in occupational psychometric testing, organisational development and workplace mediation and is a Chartered Fellow of the Institute. His research interests include leadership and followership in voluntary organisations and gender equality. James has received a Herbert Lott Naval Trust award for his contribution to training in the Royal Navy and became a Freeman of the City of London in 2014.

Jose Alvarez
José Alvarez has written extensively about the global food system and retailing since he joined the HBS faculty in 2009. He has co-authored over 30 cases and the book Retail Revolution: Will Your Brick and Mortar Store Survive. Prior to HBS Mr. Alvarez was President and Chief Executive Officer...
Philip King
Philip has practiced corporate law since 1992, helping people achieve their business goals by managing legal issues effectively. During that time, Philip has worked with some of Canada''s finest lawyers and businesspeople. While at Western, Philip was awarded the gold medal in the combined Law an...
Anders Mikelsen
ACADEMIC DEGREES 2010 University of Oslo Ph.D. 1998 University of Oslo Master Cand. Jur. WORK EXPERIENCE 2013 - Present BI Norwegian Business School Associate Professor 2010 - 2013 Kvale Advokatfirma DA Senior attorney 2005 - 2009 University of Oslo Research Fellow 2007 - 2...