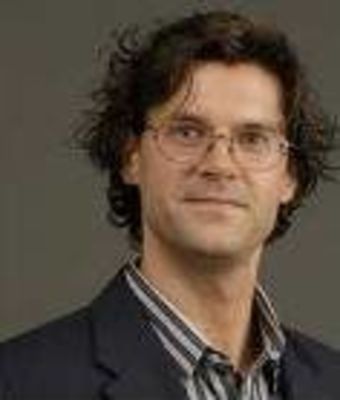 How to Design Incentives that Make Change Stick

Workplace Incentives for a broad range of industries

Research Fellow, Institute for the Study of Labor (IZA)

Affiliated Faculty Center for Health Incentives and Behavioral Economics at the Leonard David Institute of the University of Pennsylvania.

My research focuses on monetary and nonmonetary incentives to shape individual level productivity both in the workplace and as a method to improve health behavior.

Abstract: Performance rankings are a very common workplace management practice. Behavioral theories suggest that providing performance rankings to employees, even without pecuniary consequences, may directly shape effort due to the rank¹s effect on selfimage. In a threeyear randomized control trial with fulltime furniture salespeople (n=1754), I study the effect on sales performance in a twobytwo experimental design where I vary (i) whether to privately inform employees about their performance rank; and (ii) whether to give benchmarks, i.e. data on the current performance required to be in the top 10%, 25% and 50%. The salespeople¹s compensation is only based on absolute performance via a highpowered commission scheme in which rankings convey no direct additional financial benefits. There are two important innovations in this experiment. First, prior to the start of the experiment all salespeople were told their performance ranking. Second, employees operate in a multitasking environment where they can sell multiple brands. There are four key results: First, removing rank feedback actually increases sales performance by 11%, or 1/10th of a standard deviation. Second, only men (not women) change their performance. Third, adding benchmarks to rank feedback significantly raises performance, but it is not significantly different from providing no feedback. Fourth, as predicted by the multitasking model, the treatment effect increases with the scope for effort substitution across furniture brands as employees switch their effort to other tasks when their rank is worse than expected.

Iwan Barankay (Under Review), Rankings and Social Tournaments: Evidence from a CrowdSourcing Experiment.

Abstract: People often compare their performance rank to that of others even in the absence of any direct financial benefits of rankings, as it affects their selfesteem and social status.  The question is whether these comparisons affect effort provision so that they can potentially be exploited to substitute for monetary incentives.  In this paper we present experimental evidence from a crowdsourcing experiment (n=883) where I experimentally varied whether to give rank feedback to workers.  The context is such that rank had no implication for current or future compensation and in contrast to other studies on this topic employees could easily shift to other jobs where they would not be ranked.  Compared to a control group with no rank feedback, those employees who received feedback about their rank were less likely to return to work.  This evidence offers an important cautionary note regarding the use of rankings in the workplace:  Employees may switch to other readily available tasks to avoid being ranked.

Abstract: We present evidence on social incentives in the workplace, namely on whether workers’ behavior is affected by the presence of those they are socially tied to, even in settings where there are no externalities among workers due to either the production technology or the compensation scheme in place. To do so we combine data on individual worker productivity from a firm’s personnel records with information on each worker’s social network of friends in the firm. We find that compared to when she has no social ties with her coworkers, a given worker’s productivity is significantly higher when she works alongside friends who are more able than her, and significantly lower when she works with friends who are less able than her. As workers are paid piece rates based on individual productivity, social incentives can be quantified in monetary terms and are such that — (i) workers who are more able than their friends are willing to exert less effort and forgo 10% of their earnings; (ii) workers who have at least one friend who is more able than themselves are willing to increase their effort and hence productivity by 10%. The distribution of worker ability is such that the net effect of social incentives on the firm’s aggregate performance is positive. The results suggest that firms can exploit social incentives as an alternative to monetary incentives to motivate workers.

Abstract: We present evidence on the effect of social connections between workers and managers on productivity in the workplace. To evaluate whether the existence of social connections is beneficial to the firm’s overall performance, we explore how the effects of social connections vary with the strength of managerial incentives and worker’s ability. To do so, we combine panel data on individual worker’s productivity from personnel records with a natural field experiment in which we engineered an exogenous change in managerial incentives, from fixed wages to bonuses based on the average productivity of the workers managed. We find that when managers are paid fixed wages, they favor workers to whom they are socially connected irrespective of the worker’s ability, but when they are paid performance bonuses, they target their effort toward high ability workers irrespective of whether they are socially connected to them or not. Although social connections increase the performance of connected workers, we find that favoring connected workers is detrimental for the firm’s overall performance.

Abstract: The existence of social ties between coworkers affect many aspects of firm and worker behavior, such as how workers respond to a given set of incentives, the optimal compensation structures for workers at different tiers of the firm hierarchy, and the optimal organizational design for the firm. This paper presents evidence on the social capital in one particular firm, as embodied in the friendship ties among its workers. We describe the structure of the friendship network as a whole and present evidence on the determinants of social ties. Finally, we review evidence from a field experiment we conducted in the firm to highlight one particular mechanism through which social capital significantly affects worker performance.

Abstract: We present evidence from a firm level experiment in which we engineered an exogenous change in managerial compensation from fixed wages to performance pay based on the average productivity of lowertier workers. Theory suggests that managerial incentives affect both the mean and dispersion of workers’ productivity through two channels. First, managers respond to incentives by targeting their efforts towards more able workers, implying that both the mean and the dispersion increase. Second, managers select out the least able workers, implying that the mean increases but the dispersion may decrease. In our field experiment we find that the introduction of managerial performance pay raises both the mean and dispersion of worker productivity. Analysis of individual level productivity data shows that managers target their effort towards high ability workers, and the least able workers are less likely to be selected into employment. These results highlight the interplay between the provision of managerial incentives and earnings inequality among lowertier workers.

This is a halfsemester PhD course in the Management Department that is also open to any current PhD students at Wharton. The canonical model in economics views an agent as a fully rational, atomistic individual making optimal choices under scarcity. This approach has been very powerful theoretically and empirically to explain and to predict behavior in the workplace. This model has also beenenriched to accommodate other phenomena arguably affecting behavior in the workplace like the social context (e.g. peer effects, altruism, or social comparison), nonstandard time preferences, loss aversion, and cognitive costs. Incorporating these ideas into the standard model can be accomplished in various ways but the real stress test for these theories is whether they predict behavior more generally (i.e. we don't just use theory to explain one choice but choices more generally) and to generate empirical predictions that can be tested using experiments. In this minicourse we startoff with a tour de force of the fundamental principalagent model and the various behavioral extensions. The core of the course is, however, not theoretical but a practical course on how to design field experiments to test these ideas.

This is a halfsemester PhD course in the Management Department that is also open to any current PhD students at Wharton. It is a continuation and builds on MGMT 918 please see the course description for MGMT 918. As in MGMT 918 we expand on the canonical model in economics and introduce views from behavioral economics and introduce views from behavioral economics to derive novel theories with empirically testable implications on workplacebehavior and individual performance in labor markets and health. In this minicourse the focus is on continuing our review of the literature but the primary aim is to work towards a project description and paper that can be developed into a PhD chapter or journal article.

Negotiation is the art and science of creating good agreements. In this course we will work on both, studying economics and psychology for the science, and practicing actual negotiations for the art. Throughout we think of negotiation in general terms, relevant not only to salary negotiations and home buying, but performance evaluations, speeches, group collaborations and interpersonal relationships. We practice these kinds of negotiations in 2, 3, 4, and 6person exercises. Potential reasons to skip this particular negotiation course: 1) We have a strong attendance policy, 2) We have strong nocomputers/phones policies, 3) the course is very discussion oriented, 4) We survey your work colleagues about your influence tactics, and 5) you have a short assignment due almost every class. Beginning with the second week of class, if you miss one class you lose a letter grade. If you miss two classes you fail. We have this policy because it is an experiential class, and because your attendance directly affects classmates you are paired with. For some weeks you can attend another section if necessary. Crosslisted with MGMT691 and LGST806.

WH 150 provides an introduction to all stages of the research process for business topics. In the first third of the course, we discuss theory building, hypothesis development, and research design choices particularly in casual research. In the second third, we discuss data collection methods (e.g., surveys, experiments, case studies and fieldwork) and the use of archival databases. This part of the cours emphasizes the interplay between research design and sampling/data collection methods. In the final third of the course, we introduce data analysis and interpretation, including methods for converting raw data into measurable constructs suited to statistical analysis.

Internal competition at work: Worth the trouble?, Fortune 01/25/2012 Francly Speaking, Swiss Currency Is Too Strong, NPR 08/11/2011 What managers should keep in mind before giving out yearend bonuses., BusinessWeek 12/17/2010

Mark Milstein
Biography Dr. Mark Milstein is clinical professor of management and director of the Center for Sustainable Global Enterprise at the Samuel Curtis Johnson Graduate School of Management at Cornell University. He conducts applied research in and oversees the center''s work on market and enterprise ...
Markus Kallifatides
After studying business administration, economics, French, philosophy and political science at the University of Linköping, and psychology at the University of Stockholm, I completed a M.Sc. at the Stockholm School of Economics in 1995, where have I have stayed, since 2013 as Matts Carlgren Assoc...
Bård Kuvaas
Bård Kuvaas is a professor of Organizational Psychology at BI Norwegian School of Management in Oslo. . His research interests include behavioral decision making (e.g., mood and framing, cognitive styles and decision making), organizational behavior (e.g. intrinsic motivation, social exchange the...