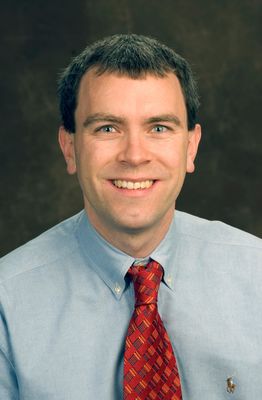 Ian MacMullen is a political theorist whose primary research and teaching interests lie in the politics of education and of religious and cultural pluralism.  He is the author of two books.  Civics Beyond Critics: Character Education in a Liberal Democracy (Oxford Political Theory series, Oxford University Press, 2015) explores the ways in which civic education in a liberal democracy could and should shape children’s values, beliefs, preferences, habits, identities, and sentiments.  Faith in Schools? Autonomy, Citizenship, and Religious Education in the Liberal State(Princeton University Press, 2007) articulates a vision of liberal government in a multireligious society through a consideration of the fundamental principles of public education policy.

MacMullen''s current research includes two main projects.  One is an exploration of the nature and theoretical roots of "post-truth" or "post-factual" politics (of the type that is often said to exist in the contemporary United States and United Kingdom).  The other project concerns the moral permissibility of articulating and/or acting on the basis of religious reasons in politics.  MacMullen is developing a novel evaluation of the claim, frequently advanced by proponents of “public reason,” that religious arguments are unfit to justify the state’s coercive activities because these arguments depend upon beliefs whose grounds are not accessible to all citizens.

MacMullen''s teaching interests and experience also include social and distributive justice, history of political thought, political ethics, democratic theory, and rights. He received his Ph.D. in Political Science from Harvard University. He joined the faculty at Washington University in St. Louis in 2007, received tenure in 2015, and accepted a visiting position at Duke University in 2016.