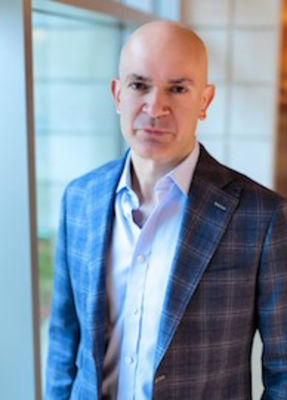 Leading With Data and Analytics
Booth School of Business
Online

Günter J. Hitsch studies quantitative marketing and industrial organization. His research interests include dynamic models of firm and consumer decision-making with a specific focus on dynamic advertising, pricing, sequential experimentation, and consumer discount factor estimation. His recent research focuses on the application and development of ideas from the machine learning and causal inference literatures in marketing and industrial organization, including customer-targeting and optimal pricing. His research also focuses on understanding the structure of the U.S. retail industry, with a specific focus on pricing and promotion setting.

He is the recipient of two Kilts Center Fellowships, a True North Communications Inc. Scholarship, and a Fellowship from the Ministry of Science in Austria. Hitsch is a member of the American Economic Association, American Marketing Association, the Econometric Society, and INFORMS.

Rosa Grunhaus Belzer
Experience Dr. Belzer is a multilingual executive coach and consulting psychologist whose specialty is helping executives around the globe develop effective leadership practices, manage multicultural/ multinational teams, and increase organizational effectiveness. Rosa brings to the Center more ...
Kelechi Ekuma
Biography Ekuma is a lecturer in Management, Governance and Development Leadership at the Global Development Institute, University of Manchester. He holds a BA (Hons) degree from the University of Lagos, and received a doctorate in Development Policy and Management from the University of Manchest...
Marco Giacoletti
Marco Giacoletti joined the Department of Finance and Business Economics in 2017, after earning his PhD in Finance from the Stanford Graduate School of Business. His research interests include asset pricing, macro-finance and household finance. He has recently received the Cubist Systematic Strat...