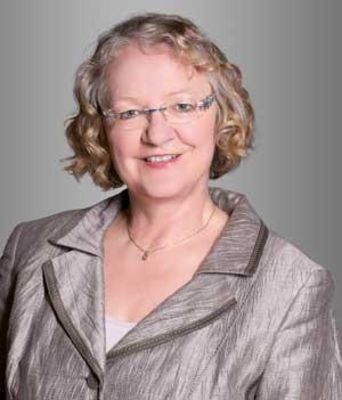 In 2009, Gesine Meissner became a member of the European Parliament. She is currently the coordinator of the ALDE Group for the Committee on Transport and Tourism and a substitute member in the Environment Committee. Mrs Meissner is president of the EP Intergroup Seas, Rivers, Islands and Coastal Areas as well as a member of the EU-Mexico and Euro-Latin America Delegations.

Gesine Meissner is a member of the council of the ALDE party and the federal executive board of the German Free Democratic party (FDP). She was elected as President of the liberal women in Germany in March 2014, and as Vice President of the ALDE Party Gender Equality Network in November 2013.

Before joining the European Parliament, Gesine Meissner was a member of the regional Parliament of Lower Saxony where she was chairing the Committee on Health and Social Affairs from 2003 to 2009.

Since 1993, she was working as a freelance communication trainer. Before, she was engaged in adult education, and from 1984 until 1993, she was the deputy director of the "Rural Adult Education Lower Saxony" association. Gesine Meissner studied nutritional science and home economics, German and English, communication and pedagogic in Munich (1971-1974) and Hanover (1976-1980). In 1975, she graduated as a "Management Assistant for the Hotel industry" in Puerto de la Cruz, Tenerife and worked at the guesthouse "Englischer Garten" in Munich until 1976.

Gesine Meissner was born in 1952 in Uelzen, Lower Saxony, Germany.

Kerry Pimblott
Biography Dr. Kerry Pimblott is a Lecturer in International History with specializations in U.S. History and African Diaspora Studies. She joined the University of Manchester in spring 2017 after spending four years as an Assistant Professor of African American &amp; Diaspora Studies and History ...
Dennis Schorr
PhD, Yale University; MBA, UCLA; BA, Stanford University Dennis Schorr is an expert on strategic flexibility, marketing resources and capabilities, and competitive advantage. His research has been published in the Journal of Personality and Social Psychology. He has consulted for a variety of or...
Kari Lilja
1. Date of birth and citizenship 31 August 1945, Helsinki, Finnish citizen 2. Highest Academic Qualifications Dr (Econ) 1983, Helsinki School of Economics Jaakko Honko Medal, Helsinki School of Economics, 2001 3. Administration Experience and Academic Positions of Trust since 2000 Professor, Org...