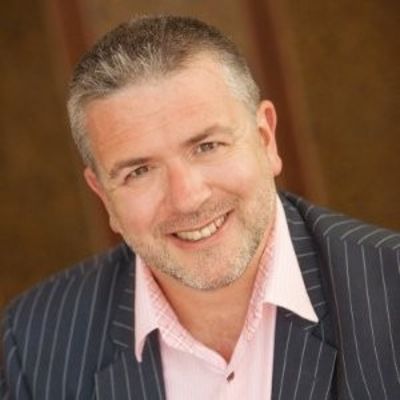 Gareth’s banking career spans more than two decades.From 2010 to 2014 he was Head of Barclays Corporates £110 billion liquidity portfolio, tasked with the end-end ownership of pricing and structuring of the portfolio and ensuring that margins were achieved whilst delivering funding ambitions and regulatory requirements.In parallel to this role from 2012 to 2013, Gareth was Co-Head of the Liquidity Management group (50 FTE and £1bn pa business), sitting on the Corporate ALCO and Global Treasury board and worked with treasury colleagues on the adaptation of Basel III/CRD IV within the Corporate Bank - with a particular focus on LCR/Buffer optimisation. Previous to this, Gareth had senior roles within risk solutions at Barclays, where he collaborated with corporate and investment banking colleagues in structuring and marketing bespoke hedging solutions to corporate clients. Prior to Barclays Gareth spent 10 years at Citi where he worked as a Short Term Interest Rate Trader. During that time he made markets and took proprietary risk in G10 currencies against a backdrop of often significant economic turmoil including the Tiger Crisis, formation of the EUR and implosion of the ‘dot com’ bubble. Since leaving Barclays in 2014 Gareth has been consulting on Asset and Liability management, in particular has been focused on the ‘so what’ of Basel III- looking at overcoming challenges in implementing it, it’s impact on Net Interest Margin and ultimately bank strategy.His ciients to date include Barclays, HSBC, Deutsche Bank, RBC, Credit Suisse, ING, Saudi Hollandi Bank, the Bank of England and Central Bank of Ireland, Saudi Arabian British Bank, Saudi Arabian Investment Bank, Santander, Standard Chartered, Standard Bank, Ahli United Bank, EIB, EBRD and many more.Examples of recent engagements include:On behalf of the EBRD working with treasurers of Egyptian, Serbian and Gerogian banks on adopting Basel III Capital and Liquidity RegimeWith the Group Treasurer and regional Heads of Treasury of a Bahrain HQ Gulf regional bank on optimising non wholesale liquidity portfoliosWith the ALM team of a Saudi Arabian Bank on IRRBB including adopting BIS 368 standardsWith the CFO and Treasurer of a Maltese bank on developing a maturity matched FTP mechanismGareth is passionate about developing and getting the best out of people, teams and businesses. His style is energetic and practical, believing that only through applying knowledge can we truly succeed.

David Elcott
David Elcott has spent the last thirty years at the intersection of community building, the search for a theory of cross-boundary engagement, and interfaith and ethnic organizing and activism. Trained in political psychology and Middle East affairs at Columbia University and Judaic studies at the...
Rebecca Lessem
PHONE 412-268-6903 OFFICE GSIA - Tepper School of Business - Room 323 AREA OF EXPERTISE Economics EDUCATION University of Wisconsin-Madison - Ph D (Economics) - 2011 University of Wisconsin-Madison - MA (Economics) - 2009 Massachusetts Institute of Technology - BS (Economics and Poli...
Linda Scott
Professor Linda Scott is the Emeritus DP World Chair for Entrepreneurship and Innovation at Saïd Business School, University of Oxford. Linda is best known for her creation of the concept of the Double X Economy– a perspective that describes the global economy of women in both the developed and d...