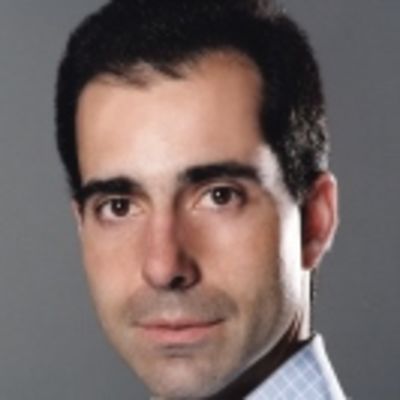 Professor Santos’ research received more than 2250 citations in Google Scholar and has been published in journals such as Academy of Management Journal, Academy of Management Review, Organization Science, Strategic M²anagement Journal and California Management Review, as well as several books and book chapters. His work lies at the intersection of strategy, organization theory and entrepreneurship and focus on the emerging field of social entrepreneurship and social innovation. He is particularly interested in understanding the processes through which entrepreneurs construct new firms and markets. He is also interested in the growth and scaling up processes of new ventures in order to maximize economic and social impact. Related research interests are on business model innovation, impact investing, corporate social entrepreneurship, and family business.

A native of Portugal, Professor Santos holds a PhD in Management Science and Engineering from Stanford University. He also holds an MSc. Degree in Industrial Strategy and Management from Lisbon Technical University, and an Economics degree from Lisbon New University. He was the recipient of the Lieberman Fellowship at Stanford University, an award recognizing outstanding scholarship and institutional contributions. He also received in 1996 the award for best MSc. student. His doctoral thesis "Constructing Markets and Shaping Boundaries: Entrepreneurial Action in Nascent Markets" was finalist for the Heizer 2004 Entrepreneurship Award. He received an Honourable Mention for Best Paper at the 2006 Strategic Management Society Conference and the 2008 IDEA award for Research Promise from the Academy of Management Entrepreneurship Division. He also won the 2008 award for Best Teacher in Elective Courses at the INSEAD GEMBA program. He was the finalist for the same award in 2009, 2010 and 2011, and received the Deans’ commendation for excellence in MBA teaching in 2010. He also received the EFMD 2012 award for best case in the Africa category with the Nuru Energy case series.

Anthony Lynch
Biography Anthony W. Lynch is a Professor of Finance at the Stern School of Business, New York University. He has also visited Columbia University's Graduate School of Business and the University of Pensylvania's Wharton School. He has been a Research Associate at the National Bureau of Economic...
Bronfman Sergio Vasquez
Biography Sergio Vasquez Bronfman is a professor of information systems at ESCP Europe Paris campus. He has a degree in Information Systems Engineering and a Doctorate in Business Science (Université de Paris I - Sorbonne). He has also pursued postgraduate studies in Science, Technology and Soci...
Guergana Guintcheva
Speciality : Marketing Expertise : Entertainment marketing Bio Guergana Guintcheva , Ph.D, is Associate Professor of Marketing and Programme Director Msc in Marketing Management at EDHEC Business School. Her research and personal passions revolve around entertainment marketing (cinema, mus...