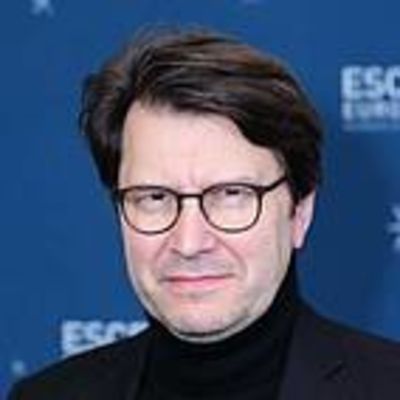 Ghislain Deslandes, HDR in Business Administration, Ph. D. in philosophy, is Professor at ESCP Europe (Paris Campus) and Academic Director of the Specialized Master programme in Media Management. He is also Program Director at the International College of Philosophy (Ciph).

A graduate of ESCP Europe's Media  - MS (class of 1994), he started his career in the press, with Les Echos - a daily -, before his nomination as chief editor of Diginews, a publisher of CD-Roms and digital news media. He then was Associate Director of Coplanet (a Web Agency within the Fi System  - Group) during more than 4 years. Lastly, he became Chief Internet Editor for EMAP (now Mondadori France) and CEO of Worldex Media, a publisher in the professional press, from 2003 to late 2007.

In philosophy, he earned a Master's degree under the supervision of Hélène Védrine and presented his dissertation, "Ante-prolegomena to any post-humanism", to a jury chaired by Jean-Toussaint Desanti. Then he defended his PhD thesis in 2000 at Paris I Panthéon-Sorbonne University under the supervision of Bernard Bourgeois, essentially dedicated to a comparative study of the philosophies of Blaise Pascal and Sören Kierkegaard. The Jury was chaired by Pierre Magnard.

In management studies, he graduated from the MS Media in 1994 and the Executive Doctorate in Business Administration (EDBA) from Paris Dauphine University in 2008, where he defended, under the supervision of Bernard de Montmorillon, a "Study of the identity dynamics in a media: Dialectic between the character and the promise."  He also participated to the ITP (International Business Program) at Kellogg School of Management - Northwestern University in 2011 and then he did his Habilitation (HDR, French post-doctoral qualification for Ph.D. Supervisor) in Business Administration at Paris Dauphine University. His Dissertation was entitled: "Nosce te ipsum : Identité, Ethique et Management".