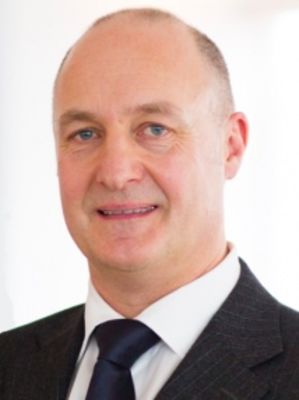 David Gann CBE CEng FICE FCGI is Imperial College''s Vice President, leading Innovation. He is a member of the College''s Executive Board.

David is an academic, university leader, strategist and advocate, renowned for his work on innovation, entrepreneurship and technology management. His research spans strategy, management science and systems engineering. His distinctive strength is in building relationships proactively and internationally, to connect ideas, research and solutions with substantial funding between academia, business and government.

He plays a central role in developing the vision, strategy and innovation agenda for Imperial College''s 25-acre White City Campus and the development of new ventures such as Imperial College ThinkSpace, increasing and diversifying the College''s income.

In 2015 he led a review of Imperial''s Technology, Transfer, Translation and Collaboration activities, Pathways to Societal Impact.

David was appointed Commander of the Order of the British Empire (CBE) in the 2010 Queen''s Birthday Honours for services to engineering. He is the recipient of the 2014 Tjalling C. Koopmans Asset Award, for extraordinary contributions to the economic sciences.

David''s main research interest is innovation: exploring why and how innovation happens, the ways it continually transforms the world we live in, and how it can be managed. He is a Professor in the Innovation and Entrepreneurship Department of Imperial College Business School.

Thomas Linsmeier
Thomas J. Linsmeier is the Thomas G. Ragatz Accounting and Law Distinguished Chair in the Department of Accounting and Information Systems at the Wisconsin School of Business. Dr. Linsmeier’s area of expertise is in financial reporting for derivatives, risk management and other standard setting a...
Felix Ritchie
About me I am an applied economist with particular research interests in I joined UWE in June 2012 after working in a range of jobs in the public and private sector in the UK and abroad. I work extensively with lawyers, psychologists, criminologists, sociologists and HRM experts as much of my...
Christophe Roquilly
Speciality : Law Expertise : Digital and IT, Legal risk management, Financial and Legal Performance Bio Christophe Roquilly , Ph.D, is Professor of Law, where he is Director of the LegalEdhec Research Centre and also serves as Dean of Faculty and Research. He holds a PhD in private law and h...