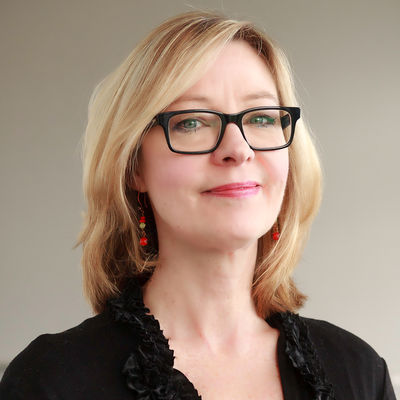 Brenda Bakker Harger is a theatre director (MFA Carnegie Mellon University), improviser, and professor of Entertainment technology at Carnegie Mellon University's Entertainment Technology Center where she teaches improvisational acting and leads diverse interdisciplinary projects. As an improviser, Brenda has performed with Pittsburgh Theatresports and SAK Theatre, and has led improv workshops nationally and internationally from theatre improvisers to executive leadership training (Carnegie Bosch Insititute) to video game companies. Bakker Harger is also director of a unique award winning theatre company at Carnegie Mellon, which uses live interactive theatre to address controversial issues in the workplace and classroom. She has produced an exploratory DVD-ROM for interactive theatre, and is currently pursuing her interest in further exploring her theory and skills in directing and improvisation with technology, both in gaming and theatre. Recent projects include: making a demo/prototype of a game based on the film Night of the Living Dead (with George Romero); creating a toy/exhibit featuring virtual representations of The Pittsburgh Children's Museum's Puppet collection; and Interactive robots - creating a robot which had distinct character and was able to convey emotion and intention. In theatre, Harger has directed and developed plays as technologically based Interactive experiences, one which premiered at the Humana New play Festival at the Actor's Theatre in Louisville, Virtual Meditation #1, and another, Full Spectrum, which premiered at the Ensemble Studio Theatre in New York City. In addition, Harger engages in ongoing research on using improvisational methods to create more believable virtual characters.