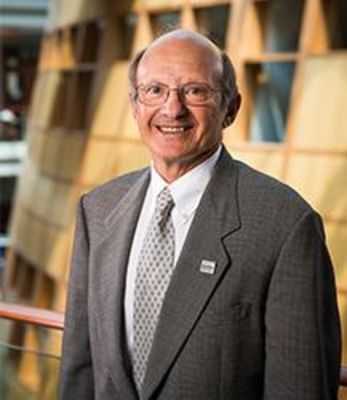 McDonough School of Business
Distinguished Professor of the Practice

Bill Novelli is a professor in the McDonough School of Business at Georgetown University. He teaches in the MBA program and has created and leads the Global Social Enterprise Initiative at the School. He also is Co-Chair of the Coalition to Transform Advanced Care (C-TAC), a national organization dedicated to reforming advanced illness care by empowering consumers, changing the health care delivery system, improving public policies and enhancing provider capacity. From 2001 to 2009, he was CEO of AARP, a membership organization of over 40 million people 50 and older. During his tenure, AARP achieved important policy successes at national and state levels in health, financial security, good government and other areas. It also doubled its budget, added five million new members and expanded internationally. Prior to AARP, Mr. Novelli was President of the Campaign for Tobacco-Free Kids, whose mandate is to change public policies and the social environment, limit tobacco companies’ marketing and sales practices to children and serve as a counterforce to the tobacco industry and its special interests. He now serves as chairman of the board. Previously, he was Executive Vice President of CARE, the world’s largest private relief and development organization. He was responsible for all operations in the U.S. and abroad. CARE helps impoverished people in Africa, Asia and Latin America through programs in health, agriculture, environmental protection and small business support. CARE also provides emergency relief to people in need. Earlier, Mr. Novelli co-founded and was President of Porter Novelli, now one of the world’s largest public relations agencies and part of the Omnicom Group, an international marketing communications corporation. He directed numerous corporate accounts as well as the management and development of the firm. Porter Novelli was founded to apply marketing to social and health issues, and grew into an international marketing/public relations agency with corporate, not-for-profit and government clients. He retired from the firm in 1990 to pursue a second career in public service. He was named one of the 100 most influential public relations professionals of the 20th century by the industry’s leading publication. Mr. Novelli is a recognized leader in social marketing and social change, and has managed programs in cancer control, diet and nutrition, cardiovascular health, reproductive health, infant survival, pay increases for educators, charitable giving and other programs in the U.S. and the developing world. He began his career at Unilever, a worldwide-packaged goods marketing company, moved to a major ad agency, and then served as Director of Advertising and Creative Services for the Peace Corps. In this role, Mr. Novelli helped direct recruitment efforts for the Peace Corps, VISTA, and social involvement programs for older Americans. He taught marketing management for 10 years in the University of Maryland’s M.B.A. program and also taught health communications there. He has lectured at many other institutions. He has written numerous articles and chapters on marketing management, marketing communications, and social marketing in journals, periodicals and textbooks. Mr. Novelli serves on a number of boards and advisory committees. He and his wife, Fran, live in Bethesda, Maryland. They have three adult children and seven grandchildren.

William Novelli & Boe Workman, foreword by Steve Case. 50+: Give Meaning and Purpose to the Best Time of Your Life. St. Martin's Griffin, 2007.

Michael Galanis
Biography Michael joined the University of Manchester in 2014. He has previously taught in the field of company law and corporate governance at Queen Mary, University of London and the University of Leeds. He has also published extensively in this area and he is co-author of the Globalization of ...
Michael Coombs
PhD, University of Southern California; MPA, BA, BS, Brigham Young University Michael Coombs specializes in strategic management, individual and organizational development, globalization, and negotiation. He is the recipient of the Outstanding Young Man of America and of the U.S. Navy Achievemen...
Darryl Ng
Software Architect that provides consultancy, design and implement solutions for web, mobile and IoT applications using AWS and other cloud services. Conduct software training and workshops on using cloud-enabled services to develop and deploy smart, scalable and secured web, mobile and IoT solut...