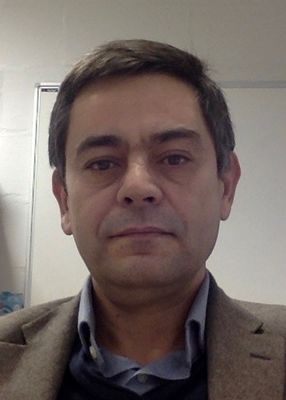 Andrey Jivkov obtained his MSc in Structural Engineering in 1994 from the University of Architecture, Civil Engineering and Geodesy, Sofia, Bulgaria. Andrey stayed there as an Assistant-Professor in Structural Mechanics until 1997, when he moved to Sweden to undertake research studies. He obtained a Licentiate of Engineering (MPhil) in Solid Mechanics in 2000 from Lulea University of Technology, Lulea, Sweden, and a Doctor of Technology (PhD) in Mechanics in 2002 from Lund University, Lund, Sweden. Andrey received a Research Fellowship and continued working in Malmo University, Malmo, Sweden, until 2004, when he moved to the University of Manchester. In Manchester, he joined the Materials Performance Centre in the School of Materials (SoM) as a Research Associate and held this post until 2007, when he moved to a nuclear consultancy company Serco Assurance, presently part of AMEC Foster Wheeler. In Serco, Andrey worked as a consultant on structural integrity of high integrity plant for customers such as British Energy and Rolls-Royce. In 2010, he rejoined the University of Manchester as an academic in the School of Mechanical, Aerospace and Civil Engineering (MACE). Andrey is a Chartered Engineer, Fellow of the Institution of Mechanical Engineers, and Fellow of the Higher Education Academy in the UK.

Presently, Andrey Jivkov is a Professor of Solid Mechanics and an EPSRC Fellow (2017-2022). He leads the Mechanics and Physics of Solids Research Team in MACE. His team''s work is associated with three Research Centres in the University:  Modelling and Simulation Centre (MACE); Materials Performance Centre (SoM); and Research Centre for Radwaste Disposal (Scool of Earth and Environmental Sciences). His research is driven by the needs of industry to understand better and predict in-service performance of engineering materials. This involves a range of topics, such as damage, fracture, mass transport and environmental degradation of metallic and quasi-brittle materials. The work is focused on the analysis of coupled problems using microstructure- and mechanisms-informed models. The aims are to predict engineering length-scale properties from meso-scale principles a microstructure length-scale analogue of the first principles calculations used in atomic scale modelling.