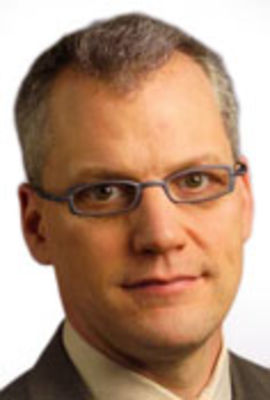 Andre Marquis is the Executive Director of the Innovation Acceleration Group at the University of California Berkeley. He and his team have built a scalable, global infrastructure to deliver leading-edge, hands-on training to hundreds of startups and thousands of entrepreneurs and corporate innovators plus their Faculty and mentors. Though world-class programs including the reality TV show America's Greatest Makers, the Bay Area NSF Innovation Corps, Innovate for Digital India, Intel's $1.3m Make It Wearable Challenge, the Berkeley LAUNCH Startup Accelerator, Global Social Venture Competition and other programs delivered in dozens of countries, his team has redefined how to teach the process of evidence-based entrepreneurship and corporate innovation while creating funded, scalable enterprises and driving deep culture change simultaneously.

Mr. Marquis has a long record of successful startups with a particular focus on winning in markets where scalability is critical. Two web companies Mr. Marquis helped start became publicly traded and a third was acquired by Amazon for over $190 million. The Chorus Group at Eli Lilly which he co-founded is a significant corporate lean business model innovation that dramatically speed up and lowered the cost of drug development and his most recent company, Amplyx Pharmaceuticals, just raised $54m in venture capital.

Stephen Yeates
Biography Professor Steve Yeates has over 20 years industrial experience working for ICI, Zeneca and Avecia Ltd in the area of specialty polymer chemistry. During that time he held a number of senior technical positions developing and implementing research strategy. Over the last 7 years in indus...
Zilberberg Emmanuel
Biography Emmanuel Zilberberg has been an Affiliate Professor since 2000 and became Assitant Professor in 2014.   . A graduate of ESCP, he completed a post-graduate DEA in Management and Administration. He teaches Accounting and is responsible for an elective course on “Pricing and Margin Optim...
Jay Nunamaker
Degrees Ph.D., Case Western Reserve University, 1969 Areas of Expertise Collaboration technology Decision support and decision centers Courses MIS 429/565 Detection, Deception and Intent MIS 596A Special Topics in MIS MIS 696A Readings in MIS