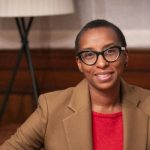 Harvard University has announced the appointment of Claudine Gay as its new president, making her the first woman of color to hold the position in the university’s 366-year history. Gay, a prominent political scientist and dean of the university’s Faculty of Arts and Sciences, was chosen by a unanimous vote of the university’s Board of Overseers after a year-long search process. She will assume her new role on July 1, 2022. In a statement, Gay said she was “humbled and honored” to be chosen as Harvard’s president and pledged to work tirelessly to ensure that the university remains a leader in higher education. She also highlighted the importance of diversity and inclusion in higher education, saying that “a diverse and inclusive community is essential to the excellence and vitality of any institution of higher learning.”

Gay’s appointment is seen as a significant milestone for diversity and inclusion at Harvard, which has long been criticized for its lack of diversity among faculty and students. Gay’s selection as the first woman of color to lead the university is a clear indication that the school is committed to addressing these issues and fostering a more inclusive environment. As dean of the Faculty of Arts and Sciences, Gay has already made a significant impact at the university. She has implemented a number of initiatives aimed at increasing diversity and inclusion, including the creation of a new offices and the expansion of financial aid for low-income students.

Based on McKinsey’s analysis, Black, Native American, Pacific Islander, Hispanic, and Latino students have lower graduation rates compared to white students. The consulting firm estimates that it will take 70 years for non-profit colleges and universities to achieve racial and ethnic parity. These marginalized groups are also significantly underrepresented in terms of student, faculty, and leadership representation at these institutions. It will take 300 years for faculty from underrepresented groups to catch up with their white counterparts. Historically marginalized populations remain significantly under-represented as students, professors and leaders. Authors noted that “only 8 percent of institutions have at least equitable student representation while also helping students from underrepresented populations graduate at the same rate as the general US undergraduate population”. Leading universities continue to give preference to legacy applicants (the practice of accepting relatives of graduates). At Yale University, for example, 14% of applicants are descendants of graduates. Explicitly favoring the children of alumni — some of whom would be competitive applicants regardless because of socioeconomic advantages — would become harder to defend if racial preferences are no longer allowed.

MIT makes history with the appointment of its second female president