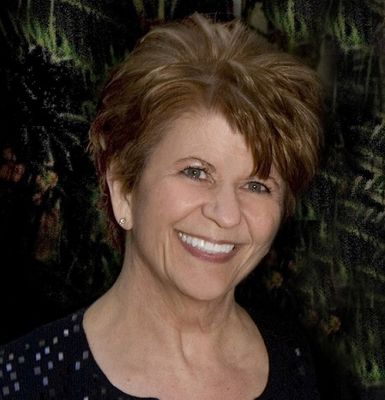 Terry fostered an outstanding reputation as a genuine connector and relationship builder. With a career beginning as a tour guide at Disneyland for six years, she learned the fundamentals of networking and a customer focus through interacting with people from all walks of life, including dignitaries, politicians, celebrities, CEOs, and major philanthropists from around the world.

Playing an essential role in the start-up and growth of Resources Global Professionals, Terry served as Senior Director of Business Development for 20 years as she worked closely with her colleagues in transforming RGP from a small Orange County based professional services firm into one of the top management consulting firms.

Terry created the “Leaders in Transition” program that has supported several thousands of executives to navigate change and network into new roles and careers. She has been acknowledged in “The $100,000+ Career”, John Davies book about networking for executives in transition, “The Key: A Networking Guide to Meeting, Connecting, and Succeeding” by Ken Tudhope, and profiled in “Leading Well: The Essence of Wholehearted Inspirational Leaders” by Randy Noe.

Terry has devoted a significant amount of her time and energy to civic and nonprofit enterprises. Her volunteer activities have raised millions of dollars and she has served on a variety of nonprofit Boards of Directors and committees, including the UCI GSM Accelerate SBDC, UCI Research Associates, The American Heart Association, Forum for Corporate Directors, the Girl Scouts of Orange County, City of Hope, Human Options, Life Sciences Industry Council, Center for Leadership at CSUF, and Vital Link.

Several organizations have recognized ​Terry for her professional and volunteer activities. She was identified as one of “The Hottest 25 People in Orange County” by the OC Metro, acknowledged by an “Award for Individual Achievement” by the South Coast Metro alliance, and nominated for the “Spirit of Volunteerism” award.