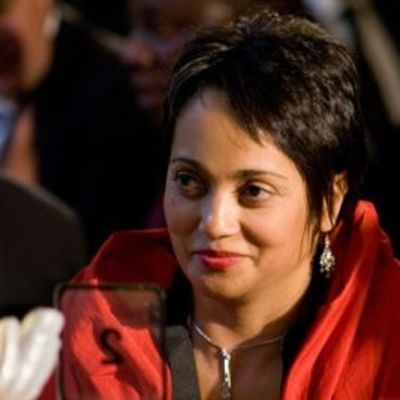 Prior to this she was the Group Executive HR at Nedbank. Before this, she was the General Manager for Human Resources at the South African Revenue Service (SARS). She is also an Extraordinary Professor at the University of Pretoria’s Department of Human Resource Management, and recently been appointed as Adjunct Professor at the University of Cape Town. She is the Past President of the Institute for People Management South Africa and registered as Master HR Professional with South Africa Board for People Practice.

She hails from the Cape Flats in Cape Town, and started her career as a secondary school teacher of English, then moved to the University of the Western Cape where she lectured in Teacher Education. After this, she served at Southern Life as Training Manager and then moved to the Department of Public Service and Administration’s: South African Management Development Institute, in Pretoria as Director. She held the position of Executive Employment Equity at Computer Configurations Holdings. Before her appointment at SARS, she filled the role of Regional Human Resources Director for Middle East and Africa for Reckitt Benckiser, a global company listed on the London Stock Exchange.

She also serves as a director on the Boards of Tuesday Consulting, Empowerment Capital, Knowledge Resources, Business Engage, Community Chest, and the Boston Consulting Group SA. In addition, she is the Advisor to the Board of Silvertree Internet Holdings. She also serves on the Take-Over Regulation Panel Board and on the Council of the University of Cape Town. She is a Trustee on the Nedbank Eyethu Community Trust, Ambassador for the Orbis Africa Charity, and the former Chairman of Starfish Greathearts Foundation.. She also serves on the Advisory Boards of Monash South Africa, and the University of Pretoria’s Faculty of Economic and Management Sciences. She is the President for the Harvard Alumni Association South Africa and a Fellow of the Institute of Directors SA. She also previously served as the Chair of the Institute of Bankers. She was recently appointed as the Patron for South Africa Council of Business Women.

She has presented at numerous national and international conferences as a keynote speaker.

In 2015, she wrote her autobiography entitled “Swimming Upstream” which focuses on her personal and professional journey. It has officially been announced as a best-seller. In 2016, she has done several “Swimming Upstream” talks nationally at corporates, schools, universities and charities, with the hope of motivating and inspiring especially youth and women that they can achieve despite adversity, and to never give up.

She also completed her eighth Two Oceans Half Marathon in March 2016.

Bettina Gehrke
Curriculum Vitae SDA Fellow of Leadership, Organization and Human Resources Degree in Economics and History, University Heidelberg, 1983 Degree in Business Administration, Technische University Berlin, 1985 Ph.D. Technische University Berlin, 1990 Academic position and/or Professional activit...
Søren Feodor Nielsen
Presentation Søren Feodor Nielsen joined CBS from a position at the University of Copenhagen in 2010. His main research interest is in developing models, methods and theory suitable for incomplete data problems but he has also contributed to nonparametric statistics and econometrics. Though most...
Mary Cameron
Mary Cameron, ICD.D currently sits on the board of Edmonton International Airports, and serves as Chair of the Advisory Board of SureHire. Ms. Cameron is the former President &amp; CEO of Alberta’s Workers Compensation Board, and prior to that, was President &amp; CEO of Payment Systems Corporati...