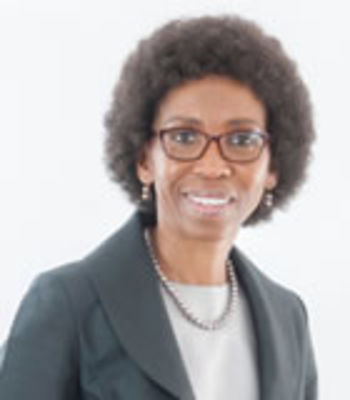 Dr. Nolulamo Nobambiswano (Lulu) Gwagwa, Ph.D. serves as Independent Non-Executive Director of Firstrand Limited., since February 25, 2004. After studying abroad, Lulu took up a position in 1992 as a senior lecturer at the University of Natal’s Department of Town and Regional Planning. From 1995 to 1998 she became the deputy director general in the national Department of Public Works. During this period, she also served as the presidential appointee on the Commission on Provincial Government and as deputy chair of the Ministerial Advisory Committee on Local Government Transformation. From 1998 until 2003 she was the CEO of the Independent Development Trust. She is currently the CEO of Lereko Investments, a black-owned investment company and the chairperson of Aurecon Africa.

Alice Tybout
Alice M. Tybout is the Harold T. Martin Professor of Marketing. She served as chairperson of the Marketing Department 2004-2006. Professor Tybout teaches in the MBA and Executive Masters Programs. In addition, she is the academic director and faculty for the Kellogg on Consumer Marketing Strategy...
Rainer Hegselmann
Rainer Hegselmann, born 1950, studied philosophy, sociology, and political sciences at Ruhr–Universität Bochum. He took his PhD from Essen University with the thesis „Normativity and Rationality – The Problem of Practical Reason in the Analytical Philosophy“. 1983 he got his ‚habilitation‘ at Kar...
Marty Martin
Marty Martin is a highly sought-after presenter, trainer and facilitator in the United States and abroad. His topics range from managing physician performance to elements of teamwork. Martin currently serves as director and associate professor of the health sector management MBA program at DePaul...