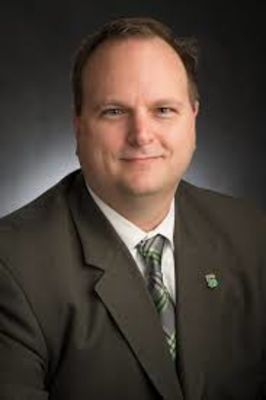 Dr. Wilson is a Professor of the School of Criminal Justice at Michigan State University (MSU). He founded and directed the Center for Anti-Counterfeiting and Product Protection and the Program on Police Consolidation and Shared Services. Prior to joining MSU, Dr. Wilson was a Behavioral Scientist at the RAND Corporation, where he led the development of the Center on Quality Policing and the Police Recruitment and Retention Clearinghouse. He has held a wide variety of appointments and honorary titles at prestigious institutions around the world, and he has served as an instructor for numerous law enforcement and brand protection training programs. Dr. Wilson has collaborated with police agencies, communities, task forces, companies, associations and governments throughout the U.S. and the world on many complex public safety problems, and he has led numerous projects sponsored by the U.S. Congress, various units of the U.S. Departments of Justice and Interior, community and institutional foundations, local governments, police departments, professional associations, and corporations. Among other areas, he has written extensively for scholars and practitioners on police staffing and personnel planning, brand protection, product counterfeiting, organizational consolidation, resource allocation, community policing, field interventions for violence prevention, internal security, data and measurement, empirical modeling and evaluation. Dr. Wilson’s research and commentary have been featured in numerous books, professional publications, academic journals, and Congressional and State testimony, and in various forms of national and international media. He has recently received the O.W. Wilson Award from the Police Section of the Academy of Criminal Justice Sciences, and he has received leadership, research, service and supervisory awards by the American Society of Criminology, RAND, The Ohio State University, Indiana University, Michigan State University, Johnson & Johnson, Underwriters Laboratories, and the City of Lansing.

Noam Wasserman
PhD, MA, Harvard University; MBA, Harvard Business School; BSE, Penn Engineering; BS, Wharton School of Finance Noam Wasserman is founding director of USC’s Founder Central initiative. Before returning home to L.A., he was a professor at Harvard Business School for 13 years. His book, The Founde...
Terence O'Neill
Biography I qualified in Medicine (MB BCh BAO) from Dublin University in 1984. After completing general medical training in Dublin, I worked for a year as registrar in rheumatology in Bath. Following this I was appointed as clinical research fellow at the arc epidemiology research unit in Manches...
Arthur Swersey
Professor Swersey''s expertise is in quality management, operations management, and mathematical modeling. He has 30 years'' experience consulting to firms in statistical process control and quality management and is the co-author of a book on experimental design with applications in marketing an...