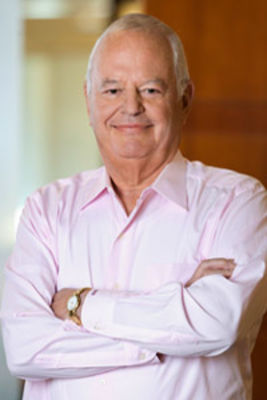 For more than 35 years, Dixon has influenced and guided entrepreneurs, investors and executives in the computer, communications, and internet industries. Dixon was named to the Forbes Midas List for four consecutive years and received the 2013 Special Achievement Award in VC from the International Business Forum. He was elected to the Board of the National Venture Capital Association in 2005 serving on the Executive Committee and as Chairman in 2008/9. Under Dixon’s leadership, the NVCA developed a widely embraced set of recommendations (NVCA 4-Pillar Plan) to stimulate liquidity in the U.S. venture capital industry. This plan resulted in bipartisan Congressional support for new job creation legislation and simplification of the IPO process for young emerging companies. Known as the JOBS Act, President Obama signed it into law in 2012. Dixon led DCM Ventures' investments in About.com (Acquired by The New York Times Co.), @Motion (Acquired by Openwave), Clearwire (Nasdaq: CLWR), Coradiant (Acquired by BMC), Force10 Networks (Acquired by Dell), Foundry Networks (Nasdaq: FDRY), Internap (Nasdaq: INAP), Ipivot (Acquired by Intel), and Neutral Tandem (Nasdaq: TNDM). He is the past Chairman of Network Equipment Technologies (NWK) and serves on the Board of Directors of DIRECTV (DTV).

Prior to co-founding DCM, Dixon launched the venture capital industry’s first fund focused solely on telecom, investing in such noteworthy companies as Alantec, Bridge Communications, Centillion Networks, Network Equipment Technologies, Optilink, Picturetel, Polycom and UUNet. He also founded and ran a strategic technology consulting firm, served on the faculty of the IBM Systems Research Institute in New York City for 10 years and published a seminal text Data Communications which was adopted as course text by more than 60 universities worldwide.

Dixon has traveled extensively to six continents to serve on advisory boards and give highly sought after presentations on entrepreneurship, technological trends, job creation, government policy and innovation. He also serves on the Executive Committee and Advisory Board for the Stanford Institute for Economic Policy Research Institute (SIEPR) and is on the Board of Overseers at the Hoover Institution at Stanford. His non-profit activities also have included serving as Chairman of San Francisco’s Asian Art Museum and as a trustee at the University of San Francisco where he currently chairs the Investment Committee.