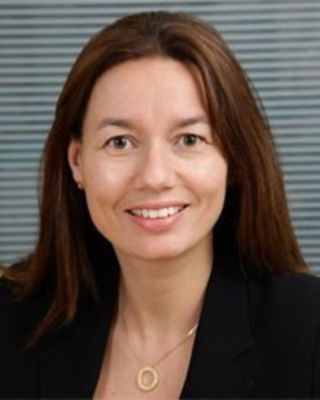 Anna works at the intersect of strategy, communications and sustainability helping organisations embed purpose at the heart of everything they do. Anna has a proven track record of identifying and driving the development of strategic business opportunities that match the capabilities of the business to society’s global challenges. She is a passionate advocate of digital technologies and their role in delivering the global goals.

Anna joined Dentsu Aegis Network in September 2018 where she is responsible for all activity relating to Dentsu Aegis Network’s social purpose – to create a Digital Economy that works for all. A global leader in media and digital communications, Dentsu Aegis Network operates in 145 countries worldwide with more than 50,000 specialists dedicated to changing the relationship that brands have with consumers.

Prior to joining Dentsu Aegis Network, Anna was Sustainable Business Director at BT Group plc where she was charged with delivering BT’s vision of a connected society, including BT’s social impact and environmental goals. In 2016 BT achieved its carbon reduction targets (80%) four years early. One year later BT became one of the first companies in the world to set a new science-based carbon reduction target for 2030 in line with a 1.5 degree scenario. In 17/18 revenue from products and services that abate carbon totalled £5.3bn – 22% of BT’s revenue. In 2017 Newsweek rated BT as the leading green telecommunications company in the world – and the eight greenest company overall. Product innovations included the launch of new revenue generating products and services including BT’s ‘Digital Inclusion for Social Housing’ and ‘BT and Barclays Wifi in the Community’. In 2017 BT’s Connecting Africa programme, delivering satellite broadband and healthcare management systems to remote rural villages in Sub-Saharan Africa, won the ‘Changing Lives’ award at the Broadband World Forum and the World Economic Forum’s ‘New Vision for Development’ award. BT’s sustainability team won Business Green’s ‘Sustainability Team of the Year’ award in 2018.

Previous roles include Communications Director for BT’s global technology division. Anna joined BT in 2004 from Brodeur Worldwide, part of the Omnicom network, where she led global campaigns for companies including Nortel Networks, Philips and Vodafone. She has a degree in European Law and Languages (LLB) and a post-graduate diploma in Journalism. She is a life-long vegetarian.